What provides the set of guidelines principles for managing wildlife resources?

The principles of the North American Wildlife Conservation Model are explained more fully through a set of guidelines known as the "Seven Sisters" for Conservation.

Wildlife managers need to know two very important things - the amount of habitat available and how many animals live there. They must know about the quality of the available habitat and the animals that depend on it to survive.

Habitat mapping is an important tool for preserving wildlife habitat. Habitat maps indicate land ownership and how much habitat remains for different species in a given area. By looking at past trends and present land use practices, wildlife managers can plan programs to preserve wildlife habitat for the future.

Habitat inventories are fairly easy to obtain. Wildlife managers can study aerial photos and get information from landowners and forest managers. They can also go into the field and study the habitat.

It can be very difficult and expensive to actually determine how many animals live in an area. Wildlife inventories should include the age and sex ratios of the animals and how healthy the population is. 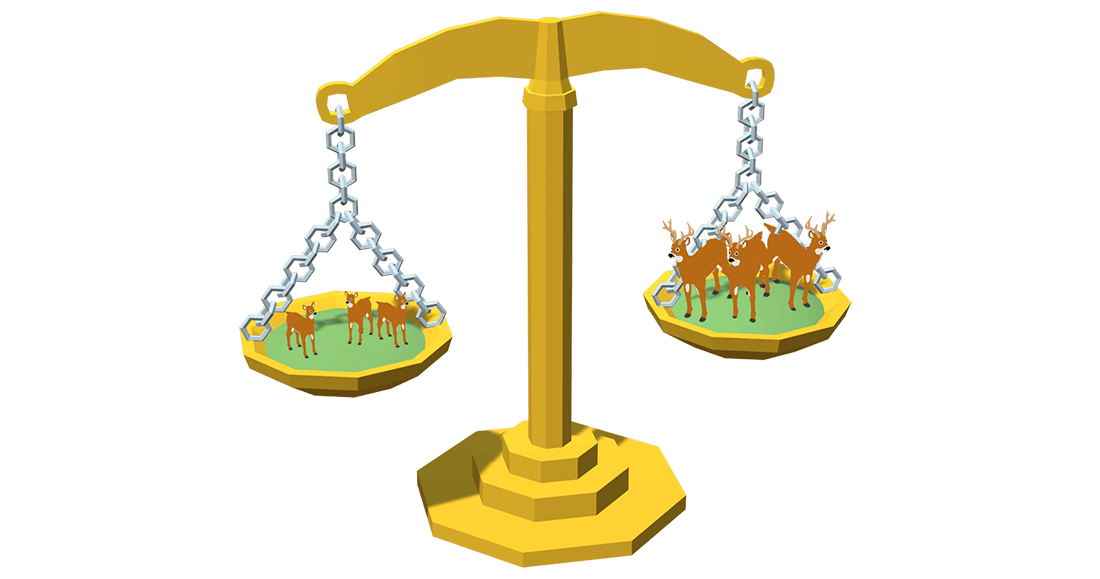 What is Carrying Capacity in hunting? 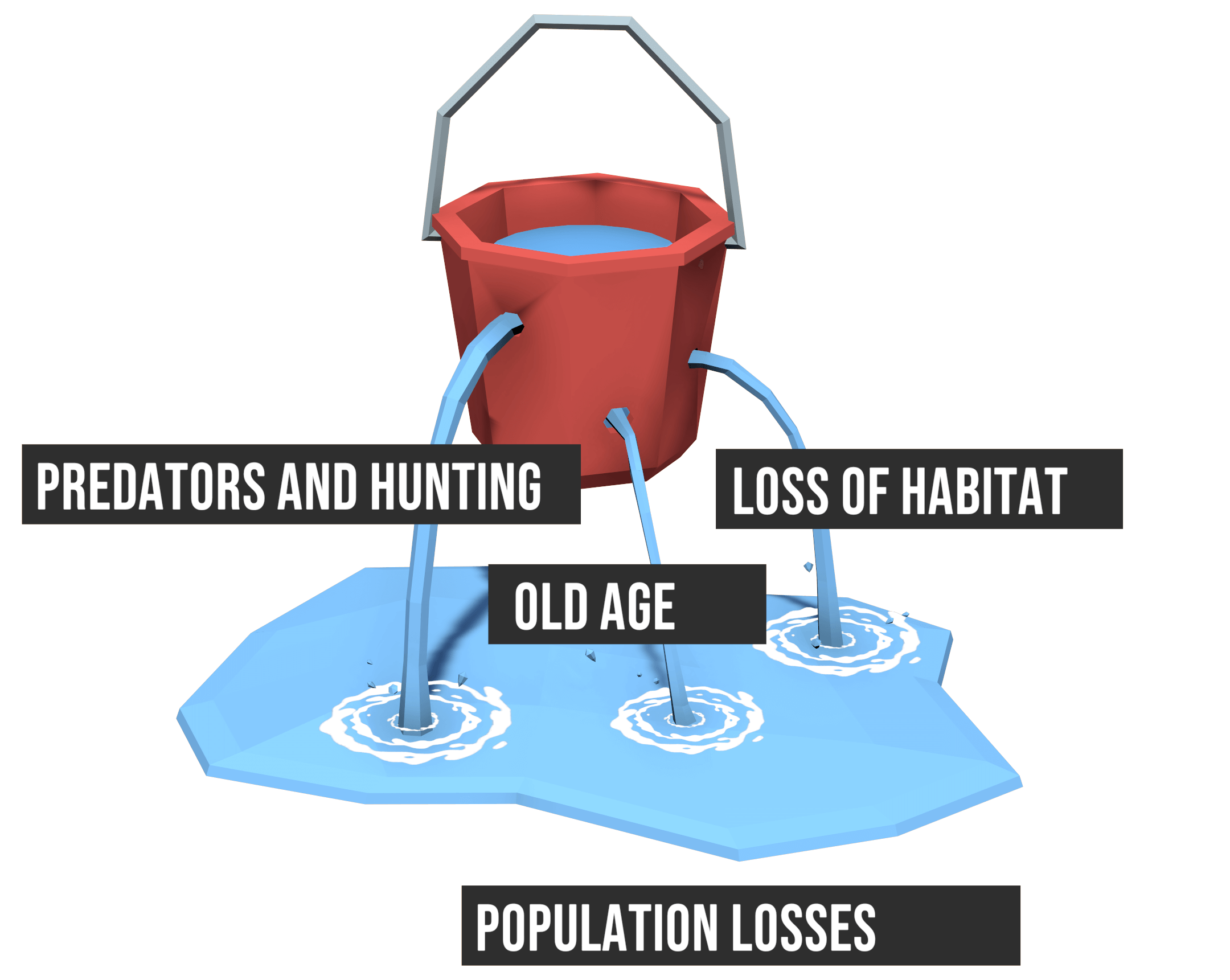 In an environment where there is no hunting, the animal population tends to increase until it reaches the carrying capacity and even surpasses it. When it is exceeded, it is the limiting factors such as predators, disease, the weather such as a harsh winter and the lack of food that will restore the balance. If, for example, there is a surplus of deer in a given territory, its food will become scarcer, the wolves will migrate toward the deer or because of such a high population the deer will start to develop diseases.

In an area where hunting occurs, the animal population is maintained at its carrying capacity and therefore fewer limiting factors appear which balances the livestock.

What is biological surplus in hunting?

As a result, the overpopulated species as well as other animals in the ecosystem begin to compete for food, water, space, and resources.

fish and wildlife belong to all citizens Seven Sisters guideline 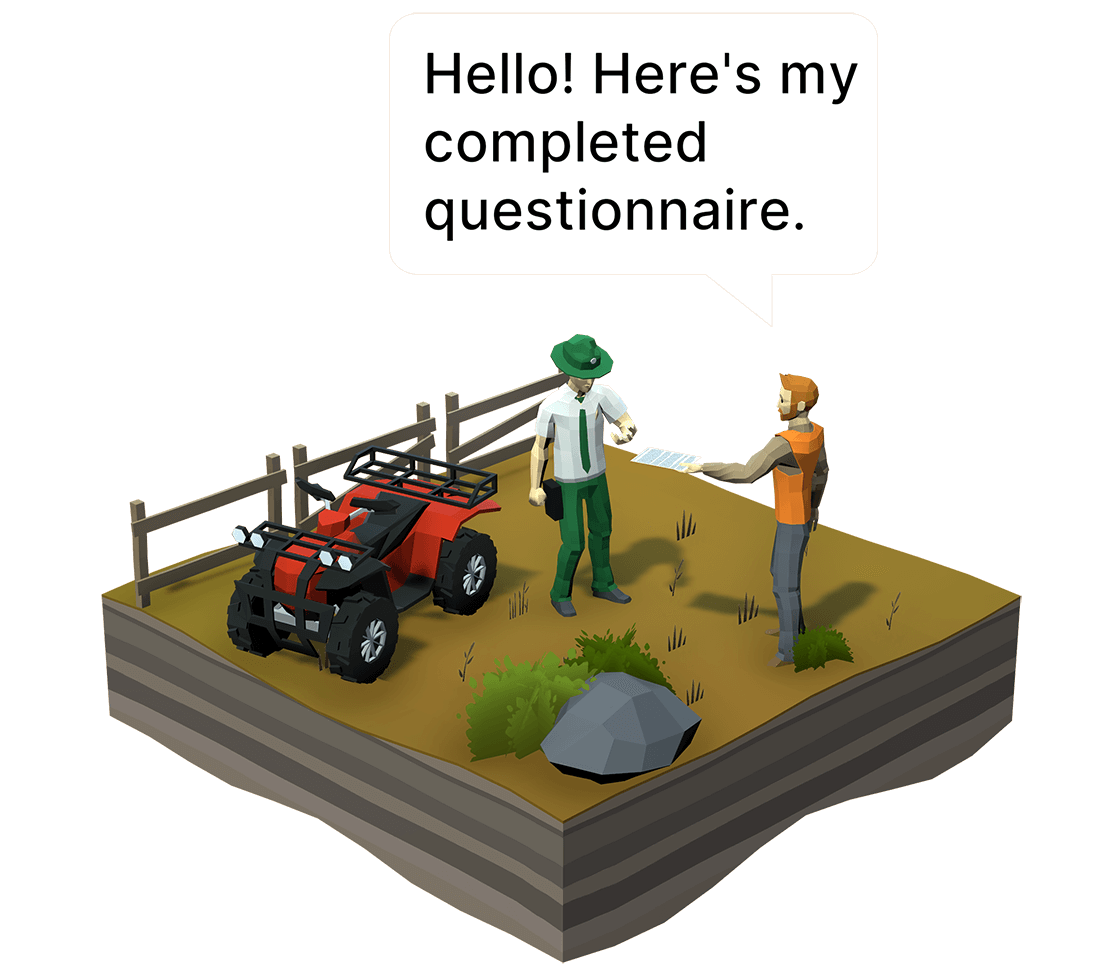